Dabbling in Data
A soundscape is a combination of sounds that creates the atmosphere of an environment. The sounds can be body percussion, vocal sounds, sounds made by found objects or by instruments, or a combination of any of these. This teaching idea can be an "unplugged" music activity, and would easily link to many themes from Science or Geography or other learning areas. Some ideas include rainforest, a city or farm, a thunderstorm, outer space or underwater.
In Year 4 Geography, students explore the characteristics of Africa and South America. A soundscape would be an interesting complement to a study on the Amazon, such as this unit centred around The Great Kapok Tree. 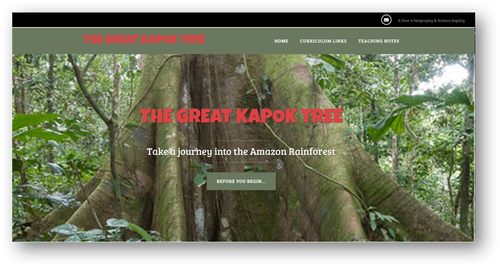 Creating sounds as representations
As a class, brainstorm objects and elements within the chosen landscape (e.g. rainforest). Determine about 6 - 10 elements that could be used in a soundscape and assign an element to each group of 2-4 students. The groups use body percussion or objects found within the room to create a sound that represents their element. Not every student in the group needs to use the same sound; often a mixture of sounds is very effective. Each group of students perform their sound in turn and the class can give some feedback to tweak their sound.
The teacher (or a chosen student) acts as the conductor and points to different groups in turn to make their sounds to create a soundscape.
After the initial attempt, the class might decide on a "storyline" or sequence, considering which elements should come first, and experimenting with combining loud and soft sounds to create a more pleasing composition.
Representing the sound with an image
Each group designs an icon that will be used to represent their particular sound. Discuss the difference between an icon and an image or illustration. An illustration is trying to show what something looks like, whereas an icon is only a symbol representing the concept. Students think of examples where icons are used. Aside from the obvious app icons, there are symbols used in many programs (such as triangle for play, + for insert, home icon, etc.) that are readily recognised by computer users, even if they are represented in different ways. Environmental symbols, such as traffic signs and toilet signs, are also examples of visual representations of concepts.
Some people with speech language difficulties rely heavily on icons to communicate. The PODD book and the Proloquo2go apps are examples of icons and symbols used as language aids. 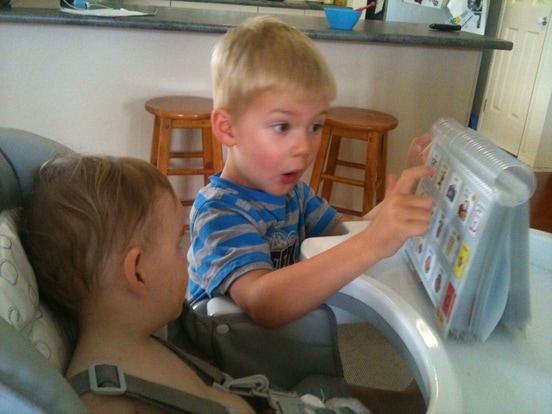 Callum is using a PODD book to communicate with his sister, Claire, who has speech language difficulties.
Decide on a format for the icons (e.g. a 2cm square image using no more than four colours) to create a more consistent set of icons. Students could design their icons on paper, but a digital image will be easier to share and copy. Students could take a digital photograph of their icon to share with the class, or create it using a drawing or paint application. Discuss the dimensions of the finished design and how computers usually measure images in pixels. Discuss the differences between some of the more common picture file types and agree on a format, size and file type, as well as a means of sharing the images to a common location.
Using icons to compose a soundscape
A soundscape could be jointly composed using a presentation software such as PowerPoint, Google Slides, Keynote or Explain Everything. Each sound should be given its own "track" so that the group knows when to play their sound.
Representing the soundscape using audio and video
​Digitally record the class playing their soundscape as both audio (using a microphone and any software that will record sound), and as video. Discuss the different common file types and extensions for audio (e.g. .mp3, .wav, .wma) and video (e.g. .mp4, .mov, .wmv). Consider the differences in file size between the icon images, the presentation file, the audio recording and a video recording that all represent the same soundscape. Which formats use the most data? What are the advantages and disadvantages of the different formats?

Using Garageband to create a soundscape
Students can record a number of different sound effects using Garageband, and then manipulate these sounds to create a soundscape. If students are not already familiar with GarageBand, demonstrate how to edit by splitting tracks, deleting or moving sections, adding new tracks, and copying and pasting loops they have created.
They should recognise how the sound is represented in wave form, and use this knowledge to assist them in identifying pieces of the soundtrack that might need to be edited. 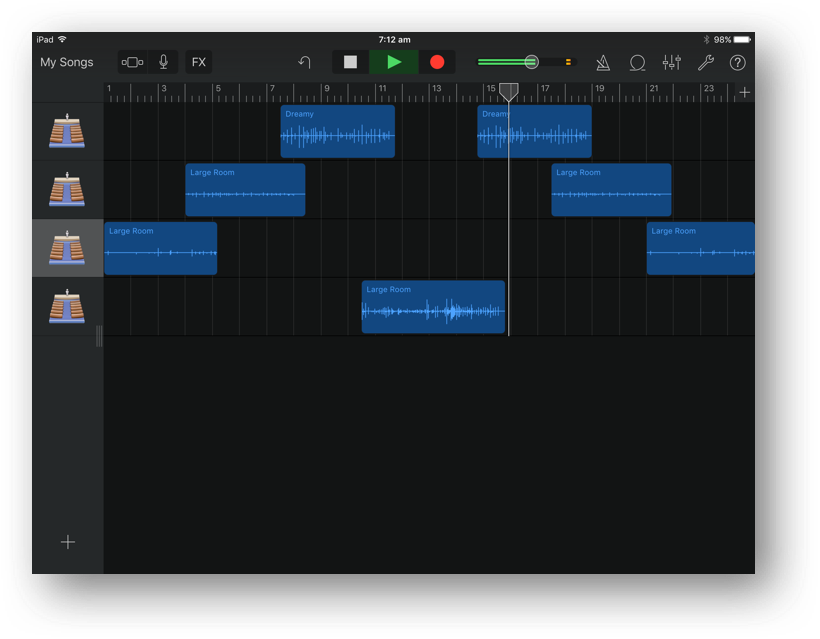 Combining audio, video, images, and text
Students use iMovie to create an audio-visual representation of their soundscape. They combine the audio track they created in Garageband with photographs and/or video, and add titles as text elements to tell their story using words.
The completed videos could be shared to a class you-tube channel or via a blog or twitter to publish their final creations. 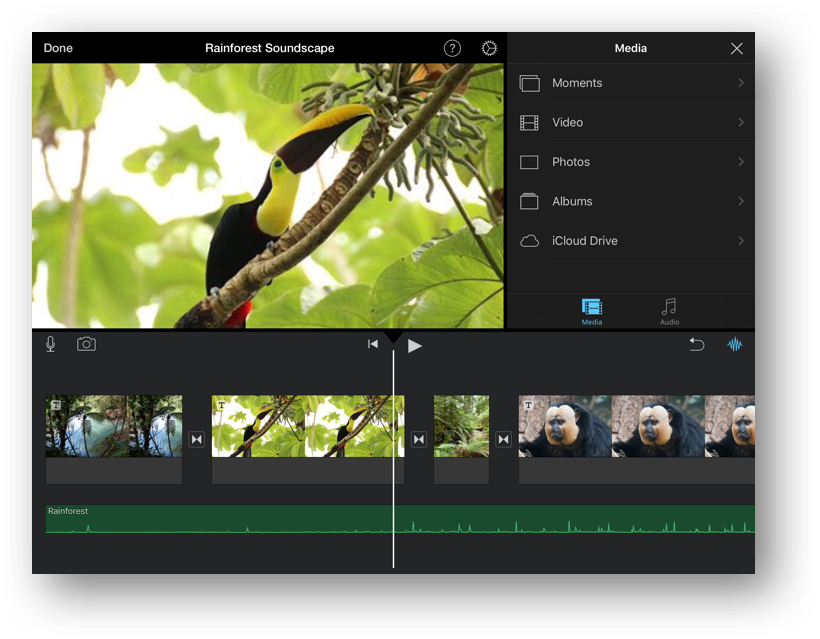